Learning that you will be a parent soon is one of the most amazing experiences you can have in your life. It’s normal that you also have tears of emotion while hearing the news. A new life in your family is the best gift you can ask for. Sometimes, we have surprises in our life that we would have never expected to happen.

A married couple from the Czech Republic, Alexa and Antonin Kinova had a surprise when it came to expanding their family. They had a baby a couple of years ago. But, they were about to be parents again and they were very happy that their first child would have a brother or a sister soon. 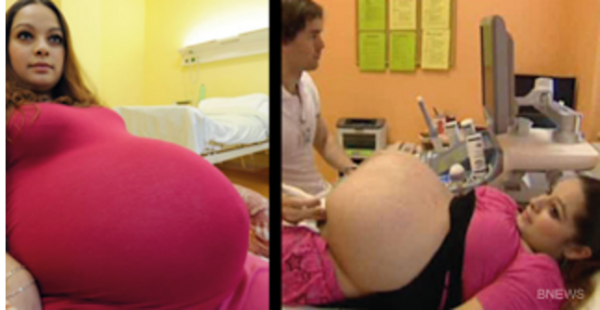 So, the pregnancy of Alexa was great, she went to the doctor and he told her she should expect twins, since there were 2 fetuses. The couple were extremely happy with the news, since they wanted 3 children for a long time.

After some time, Alexa went to the hospital for a regular check how her pregnancy goes. However, to everyone’s surprise, there was a third fetus in her womb on the screen this time.

The next 2 times she went to check herself, she found out that there are 5 fetuses in her womb. It was an amazing news for the couple, both exciting and frightening.

So, in the summer 2013, the Kinova couple were the first parents in the history of the Czech Republic to have quintuplets. Everything was fine with the birth and it’s really surprising that there was no vitro fertilization in this quintuplets, unlike most cases.

The children are all healthy, as well as their mother. This was a historical moment for the whole country.

Doctors Name Monsanto’s Larvicide As Cause of Brazilian Microcephaly Outbreak